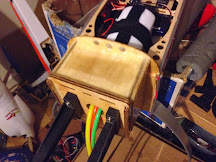 The HobbyKing Zlin 50l is absolutely fabulous value for money, but its really built for electric, so as suggested on the web, I beefed up the firewall. I used 2mm ply, and then glassed over it, with multiple coats of diluted epoxy (used isopropyl alcohol). 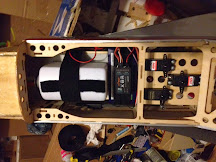 Unlike many others, I managed to put all the servos in upright. I initially had mounted the rudder servo inverted, but after making a cut-out for the servo cable I was able to mount it upright. Power-HD 7150’s on the control surfaces, and a Futaba 3004 on the throttle.

The build is going well, although I had a problem trying to find a suitable engine mount that fitted the existing blind nuts in the firewall, I had bought a mount but I would have had to re-drill the firewall, and the holes would be partially overlapping the existing ones, which would make it very difficult to drill. Fortunately a mount for the Wot4/Acrowot/Wot4 trainer (I got it from Steve Webb) fitted perfectly. 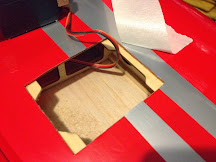 I had to cut out some ply from the servo mounts to get the servos in, as the servos are mounted at an angle. The bottom of the servos it protruding but I didn’t have to make any mods to get that to fit. 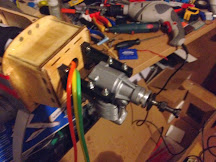 I’ve fitted the engine, will be removing and re-fitting with thread-loc after I’ve done the cowl. Not much left now, so it’ll probably only take me another couple of months.

Shankill Radio Flying Club is an open and friendly club for the flying of model aircraft. We are located just south of Dublin in Wicklow near the Great Sugarloaf mountain.